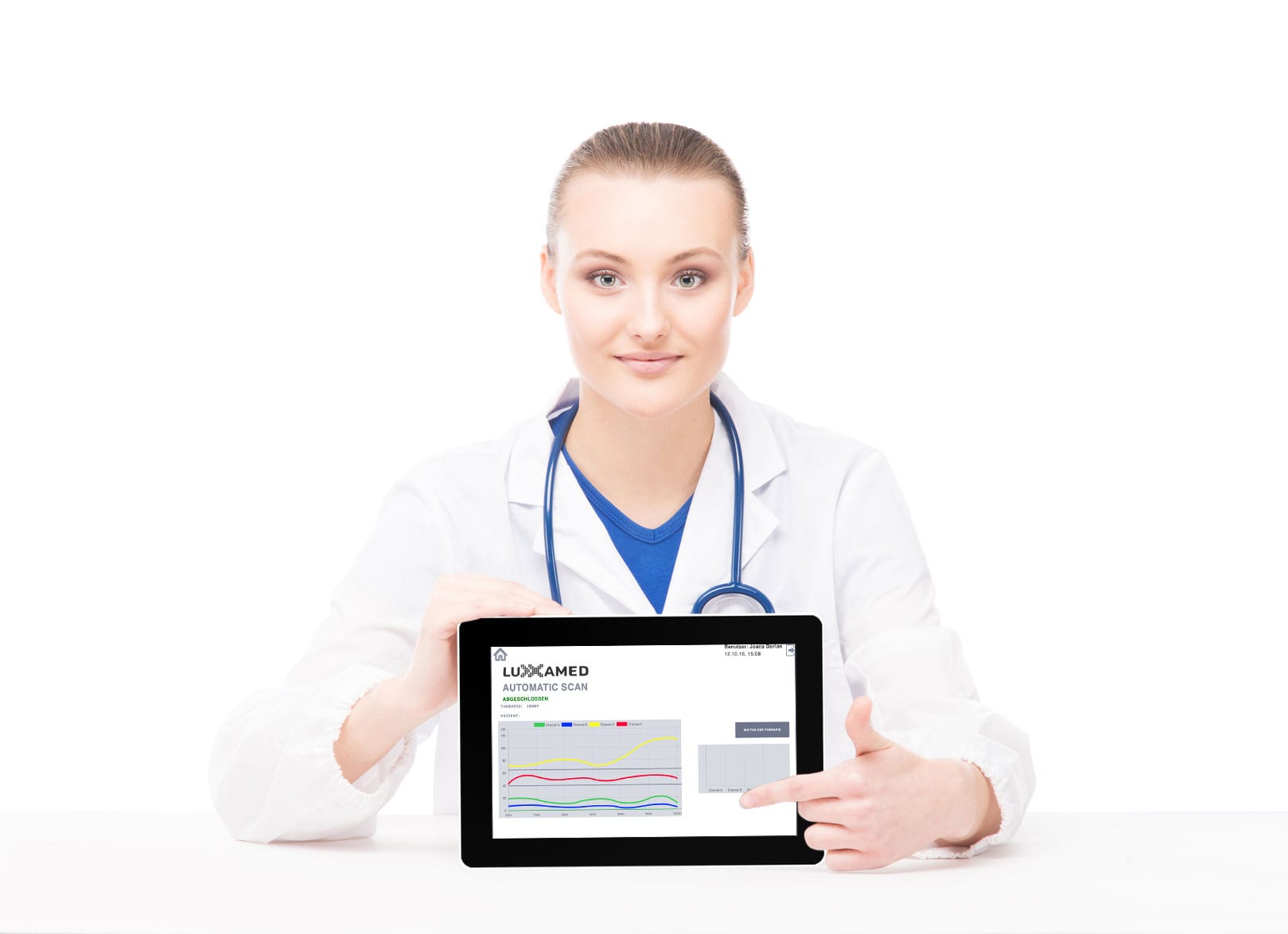 Nothing left to chance – The Luxxamed HD2000+ offers you as a doctor, physiotherapist, alternative practitioner or occupational therapist a well-rounded concept consisting of an automatic therapy sequence via a parameterization of the respective condition in the tissue and a resulting individual therapy.

Advantages of the Luxxamed cybernetic method in brief:

(1) Parameterization of frequency, current, voltage and polarity (effective parameters) based on the metabolic state in the tissue for each of the four therapy channels in isolation and autonomously.

(4) Self-learning therapy application considering therapies in the past

(5) Effect of up to 36% less discomfort after one application5

The adjacent graphic shows the incoming scan for the therapy. This amounts to 4 minutes per patient in the first session.

By measuring the charge ratios, an individual therapy program is compiled for the patient, or rather for the respective tissue.

Based on the measurement of each individual channel, the therapy channels of the HD2000+ are parameterized and automatically adapt to the metabolic changes. 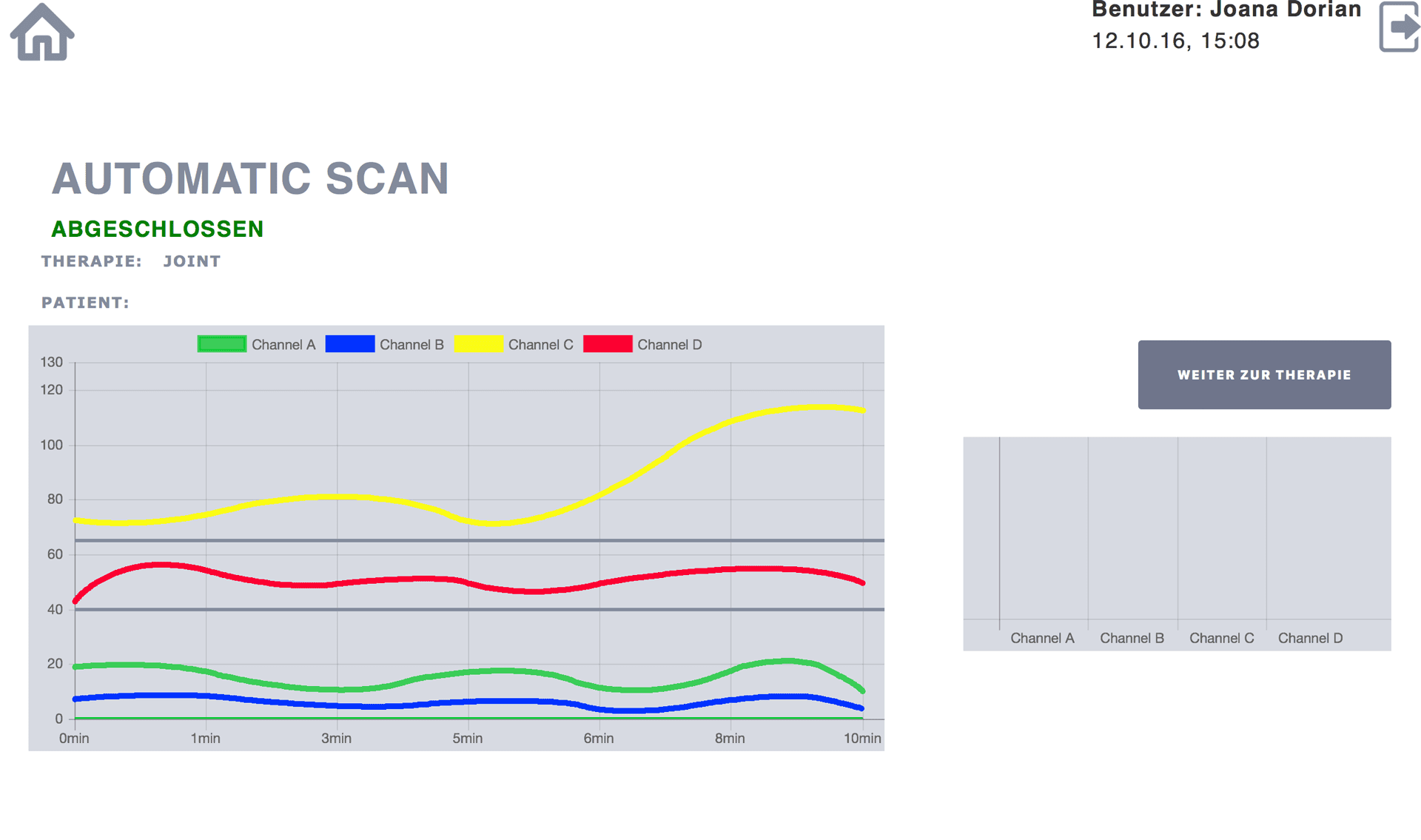 After the automatic scan, the measurement-controlled therapy takes place:

A therapy session with the Luxxamed HD2000+ has a running time of 24 minutes or 48 minutes (depending on the presetting by the user). During this time, it is possible to ensure optimal metabolic access to the tissue.6

During therapy, patients can sit or lie comfortably. As the user, you can follow the progress of the therapy in real time via the Apple iPad.

You want to know exactly? Then continue here!

The Luxxamed method - For those who want to know exactly!

Prof. Dr. Harold Saxton Burr, Professor at Yale University (School of Medicine) is considered a pioneer in electrodiagnostics. Prof. Burr was one of the first to describe the relationship between electrical resistance in human tissue and the associated pathological changes4. Luxxamed therapy is designed on the basis of these electro-metabolic principles.

Every change in tissue – whether physiological or pathological – has a direct influence on the electrical charge conditions in the body. Thus, pathological changes in the body can be recognized by a change in the electrical conductivity in the tissue2. The membrane potential of the cell is influenced by the change of the ion and water content as well as the pH value of the extracellular fluid, which in the same course influences the conductivity of the tissue1.

The HD2000+ can therefore control the distribution of the ion and water balance and, moreover, the pH value via its measurement, its scan and the simultaneous influence of the tissue resistance.

All living organisms must constantly evolve by adapting to changing external circumstances. Therefore, they are – functionally as well as metabolically – in a state of dynamic entropy. This means they act and react stably to small changes, but unstably to larger ones. From a thermodynamic perspective, humans represent an open system and – from a metabolic perspective – are always in an exergonic energetic state, i.e. in a stable phase, under ordinary conditions. This is expressed by the free enthalpy ΔG, which determines the metabolic reaction direction.7

Metabolic processes of organisms are characterized by the constant production, conversion and consumption of energy, which serve, on the one hand, to maintain different states of tension due to different ion concentrations on both sides of the biological membranes and, on the other hand, to transmit information between the different organ systems, intra- and intercellularly. 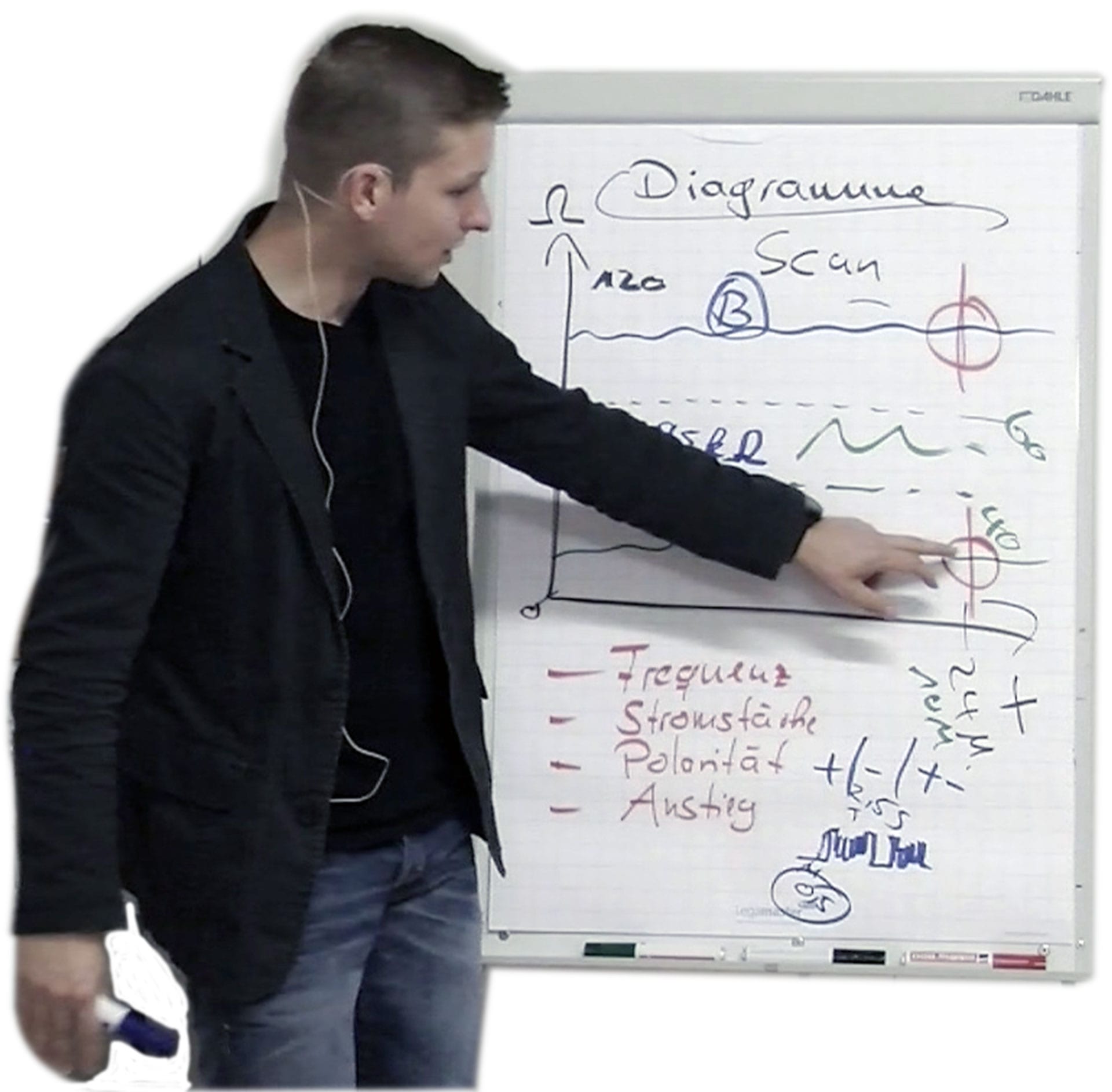 Energy turnover in the tissue

However, all this is not possible without energy turnover; an organism must provide energy for this purpose. This happens through the conversion of food, water and light. From a physical point of view, endothermic and exothermic processes are closely coupled. It can be stated that the organism as a whole behaves like an exothermic system in a stable state, since it produces heat, among other things, without which the metabolic processes would come to a complete standstill.

The body has an ideal energetic level at about 37°C core temperature and up to about 28°C shell temperature. It can thus be assumed that the totality of its metabolic processes moves around this energy level within a certain physiological range of fluctuation of the redox potentials.7

Advantage of the Luxxamed HD2000+

The advantage of the HD2000+ here is that due to the “feedback procedure" (the measurement of the HD2000+), specific modulations are worked with until the reactivity to the specific modulation by the tissue is exhausted. This means that tissue organs such as skin, tendons and muscles that are in a pathological metabolic state are treated until there is an impedance shift in the desired direction. In the therapeutic context, this can be observed by a loosening of the muscles (relaxation), an improved elasticity of the fasciae, a decongestion process (detumescence) and a reduction of pain in the patient.

Physical therapist Meggi Mohrbutter conducted a randomized double-blinded study in patients with chronic achillodynia. In this study, the relationship between tissue resistance (impedance) and the effectively perceived change in the patient (pain; especially pressure pain) was impressively established.3

In addition, an ultrasound of the Achilles tendon was performed by a physician, which revealed a clear change within the tendon structure and the tendon sheath. The study showed that the measured tissue resistance was analogous to the healing process of the patients3.